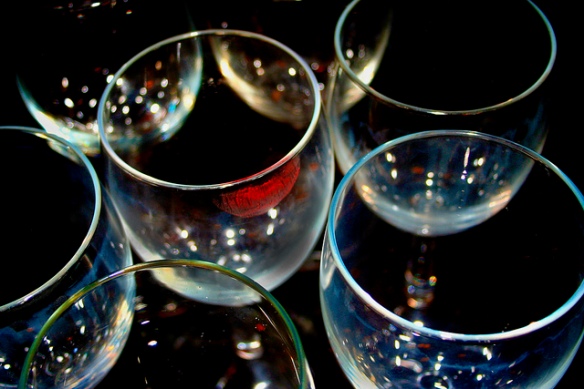 It’s not bothering her. Not in the least. At least her boots still fit.

SuperWoman doesn’t go by a mirror and say, “Shit.” Not at all.

She remembers those days after having children, when she had a little extra weight around her middle. It came off back then, right? So it should come back off again. If she tries. All she needs to do is try. Harder.

It’s not the daytime when it’s hard to try. Unlike other people who work in cubicles and office settings like SuperWoman (shh! She’s in disguise!), SuperWoman is not tempted by the oatmeal chocolate chip cookies or brownies or veggie straws people put out in the kitchens to share with other people. (Hell, you can put out a half eaten bag of potato chips and someone, somewhere, will scarf it down behind their cubicle wall.) No, she’s very very good during the day. Which is why she’s so hungry when she gets home. So there’s a little hummus and carrots, there’s a little chips and salsa, and then there’s the dinner on top of that.

But most of all? Mostly what’s the problem?

SuperWoman eats out all the time. Way too much than is healthy. But she has a good excuse!

See, she read this book about a year and a half back, where the Sakyong from the Shambhala Buddhist lineage (stay with her now, these are some tough names) explained what his father Chogyam Trungpa Rinpoche said was the key to enlightened society. The key, he told his son, the now-sakyong, was to sit down and eat with people. To break bread. (He did not necessarily say to drink with them, too, but isn’t that assumed? Everyone is more friendly and willing to talk about enlightenment when they have a little wine.)

So. This is what SuperWoman likes to do. It’s her favorite thing to do, in fact. Just last week, her best friend from the great land of Amazonia, where SuperWoman learned her mad warrior-skills and did some book-learning, came up to visit, and they went to breakfast. That best friend, Cat Eye, ordered this omelette that was so delicious, SuperWoman promptly pushed aside her pancakes and ordered a second breakfast so she could have some for herself. It had American cheese and onions and prosciutto in it…. Damn, was it good. The cheese all gooey and stuff.

Yes, she has more weight around her middle. She can blame lots of things. She used to get up at 5:30 to exercise or do yoga, but she hasn’t done that for months now. Let’s just say hard times came about, a crisis of faith, even, and she took a bit of a break.

But she’s going to get back to it. She works in Philadelphia, home of Rocky, of climbing up lots of steps and raising your arms to the sky in victory. And that is what she will do.

But first, she’s going to make a reservation at this great little Middle Eastern place that lets you bring your own bottles of red wine.